Chrome 83 is starting to roll out the following updates:

The web platform has some great new additions in this release, such as Audio Worklets and Intl improvements, on the JavaScript side. Also, the development team added a number of improvements to Firefox DevTools to make development easier and quicker, such as:

The release includes breaking changes. Optional Chaining with Non-Null Assertions is now parsed a little differently. The "}" and ">" characters can no longer be used in strings inside JSX. Type checking has been improved for intersections of objects with optional properties and common incompatible properties, etc.

There are no global changes, but there are many breaking changes that have accumulated since the development of the sixth version:

Connor Clark talks about key changes in the major update: new metrics and audits, an updated performance rating, Lighthouse CI, an extension for Firefox and others.

Jest is a popular testing framework that works with pretty much everything. This release focuses on getting the dependency count and install size down (this causes some breaking changes, unsurprisingly), adds a new fake timer implementation, drops Node 8 support, and initial, experimental ESM support to play with.

Just two months after 9.3 (which was already an exciting release) comes the even more significant 9.4 which includes Fast Refresh, a new “instantaneous” hot reloading experience, plus, incremental static generation, where static pages can be generated or re-rendered in the background as traffic comes in, improved built-in fetch support (bye-bye `node-fetch` and `isomorphic-fetch`).

The popular cross-platform desktop app framework gets more dependency bumps and is now running on Chromium 83, V8 8.3, and Node.js 12.14.

David Flanagan, ahead of the latest edition of the ”Javascript: The Definitive Guide”, explains why the book has become thinner and recalls no longer relevant JS features.

177 favourite JS single-line utilities are for solving many problems for arrays, dates, objects, strings, DOM, and even randomizers. A collection of Nguyen Huu Phuoc can be a helpful resource with a built-in search and the opportunity to offer your own utility on Github. 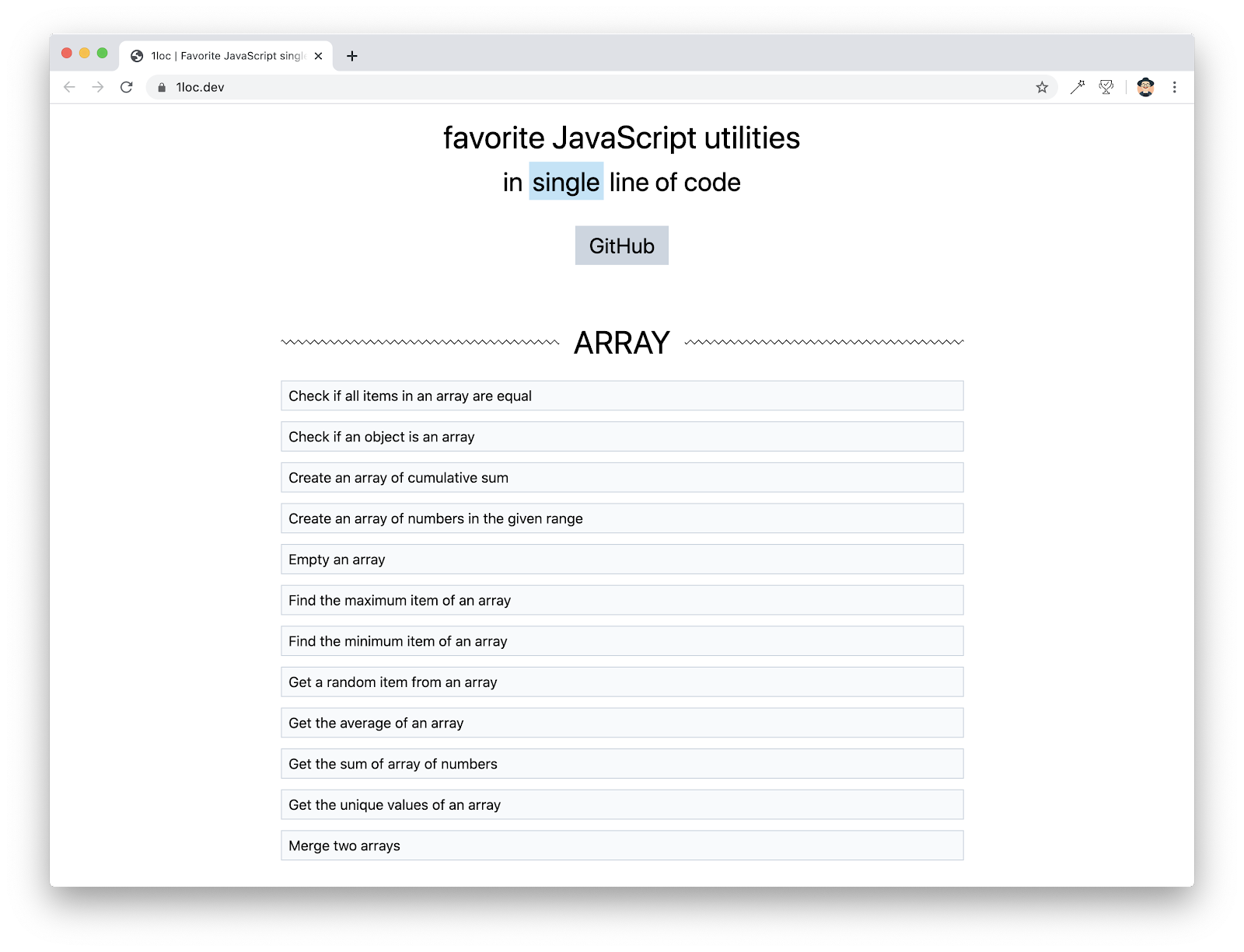 The First Look at Records and Tuples in JavaScript

Axel Rauschmayer introduced an article about new immutable and comparable-by-value primitive data types. Record is an analog of an object, tuple is an array. Thanks to immutability, records and tuples can be safely used throughout the program without the need for cloning (as in the case with ordinary arrays and objects).

At the moment, it is in the first stage of adding to the standard. 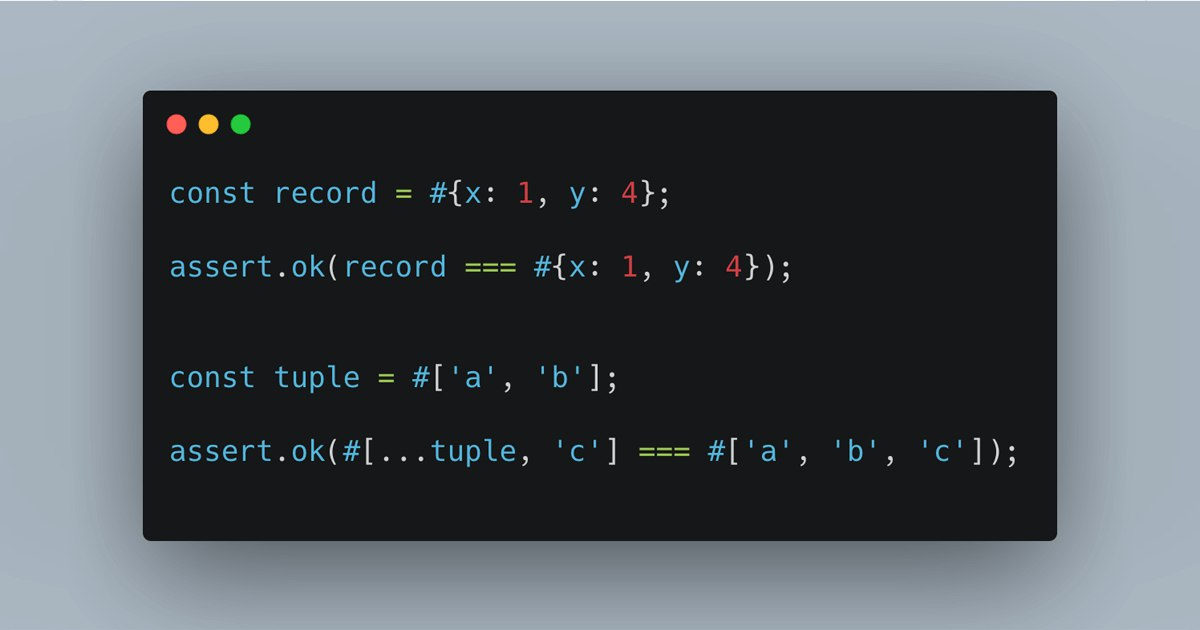 RoughJS, or How to Emulate Hand-drawn Shapes

RoughJS is a small-ish (<9kB) JavaScript graphics library that lets you draw in a sketchy, hand-drawn-like style. It lets you draw on <canvas> and with SVG. This blog post is to address the most common issue filed with RoughJS: How does it work?

Matt Stobbs in his post described how he was implementing “crappy React Redux”, which was intended to give a general idea of what’s going on when you connect your React app to Redux, rather than give a detailed description of how React Redux is implemented in practice. It was made to demystify the “magic” around Redux and can be useful for those who are interested in how this works under the hood.

How to Use Typescript with Svelte

Even though Svelte lacks first-class TS support and its developers claimed it would not be likely to happen, it turns out that you can actually use Typescript to some degree with Svelte even today. The only things required are proper tools and plugins. Read on to find out how.

Maxime Euziere wrote a great guide on how to work with WebGL, explaining from the basiсs the creation of an interactive three-dimensional scene without using third-party libraries. Only pure JS and WebGL are used.

At the very beginning, there is a section about mathematics, which is necessary for working with graphics. Then, the process of creating simple two-dimensional and three-dimensional scenes with a detailed explanation of the source code examples.

At the end of the article, there is a list of the most common errors. It is useful to know about them when debugging code.

Within the features, you can find something suitable for your needs or tastes: JSX syntax, all components are functions or generator functions(no classes, hooks, proxies), first-class support for promises.

Recoil is an experimental state management library for React apps. It provides several capabilities that are difficult to achieve with React alone while being compatible with the newest features of React.

Hegel, a Static Type checker - Implementing the Best of Flow and TypeScript

Hegel is a type checker for JavaScript which presents itself with some competitive advantages in front of TypeScript and Flow, such as:

In case you have ever been confused by when, why, and how React will re-render components, and how usage of Context and React-Redux will affect the timing and scope of those re-renders, this article will be a helpful resource. Mark Erikson is looking into the rendering concept and how React handles rendering.

One more handbook-like tool, combined with the attractive UI. All the possible HTML elements are combined into a table, divided into categories, and for each of them, there is a description and a link to additional information. 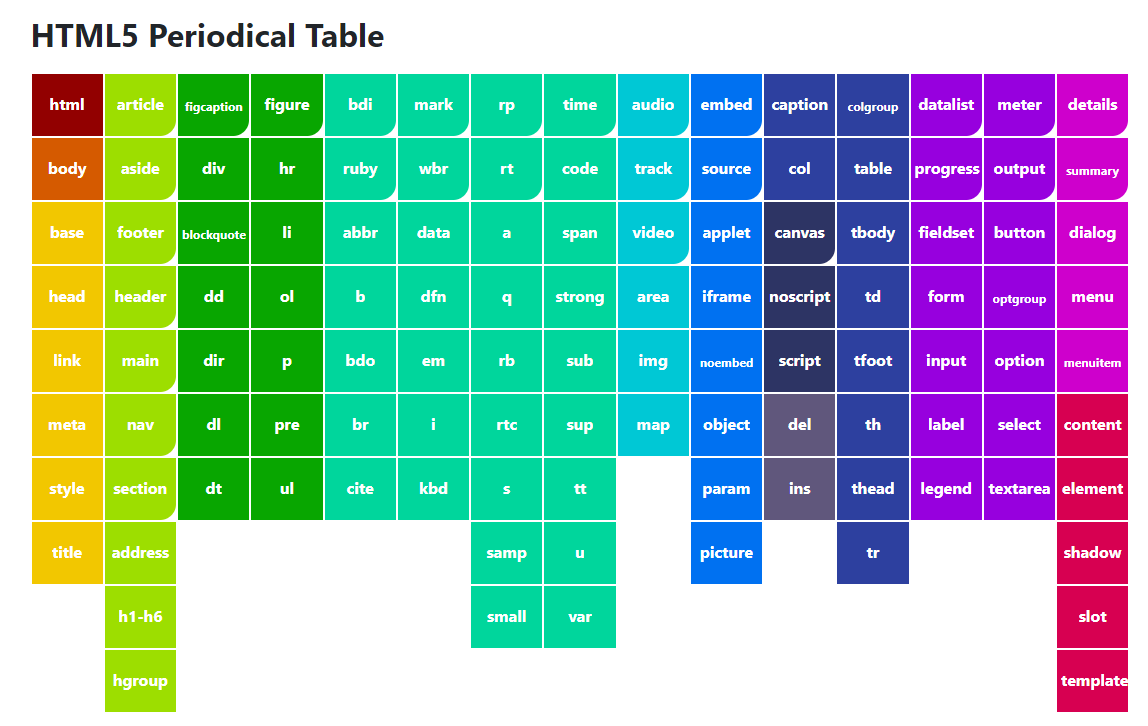 A Complete Guide to CSS Functions

Like any other programming language, CSS has its functions. They can be inserted where you place value, or in some cases, accompanying another value declaration.

You may be familiar with some CSS functions (e.g. calc or url), but the language has a surprisingly expansive list! The article includes a variety of CSS functions with the examples and explanations, grouped by categories.

Almost one year ago, the new Twitter design was introduced. There are some cool and weird things that Ahmad Shadeed is explaining in the article. In particular, how a tweet content is added, how the avatar is styled, and how some components work with a small viewport.

Addy Osmani’s article on how to avoid frustrating user experience, which often happens when visible elements are forced to move because another element has been suddenly resized or added to the page. Optimization of Cumulative Layout Shift metric can help to measure the instability of content. 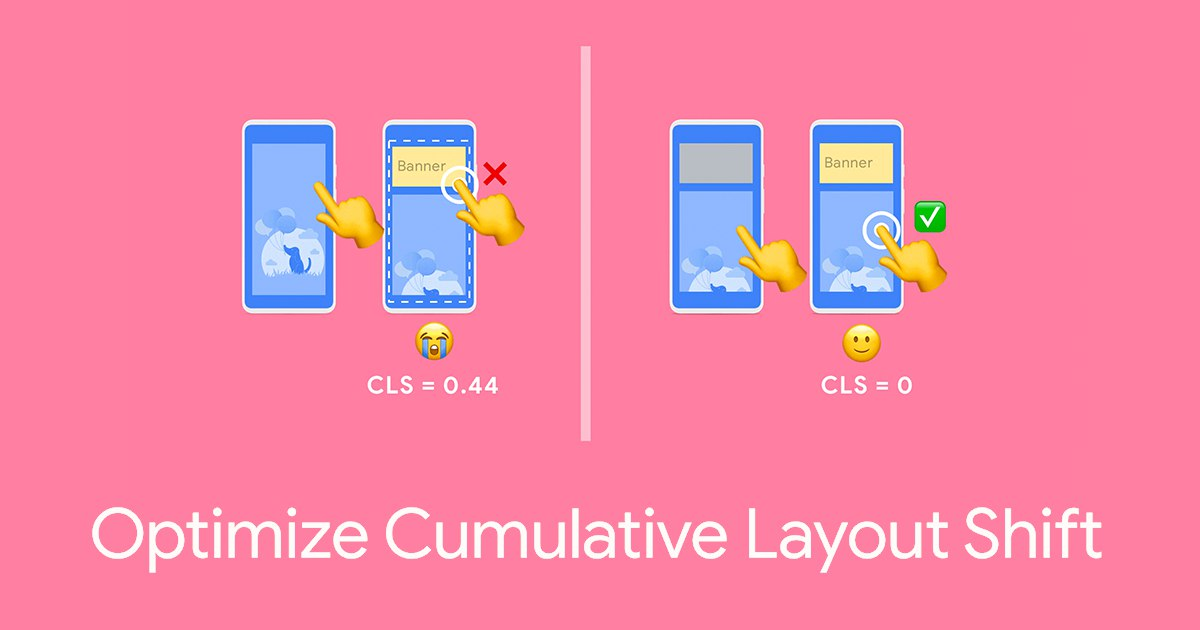 In the article, Dannie Vinther is looking into how it is possible to create flexible layout components with CSS Grid and math functions to gain more control over the hypothetical instructions developers inscribe into the components. Also, the downsides of media queries and Flexbox are reviewed as opposed to CSS grids.

The Chromium developers rolled out a guide that describes the main metrics for evaluation of the quality of the site:

Research from the Chrome team shows that although possible, stored data is rarely cleared automatically by Chrome. To protect critical data that may not be stored in the cloud, or can result in significant data loss, persistent storage can be a helpful tool to ensure that your data is not removed by the browser when the local device is faced with storage pressure.

Pete Lepage talks about the API that allows you to ask the browser not to delete data from the browser repositories.

Arjun Attam talks about the main features of the tool that works with the browsers on the Chromium, Webkit and Gecko engines. This also includes newer browser features that are used by Progressive Web Apps (PWAs).

A tool to help make your JavaScript testing life a little easier. Run npx majestic in the folder of any project that uses Jest to give it a quick try. It works with Create React App.

The Beauty of Progressive Enhancement

Progressive Enhancement allows us to use the latest and greatest features HTML, CSS and JavaScript are offering us, by providing a basic, but a robust foundation for all. Manuel Matuzovich shares the examples of progressive improvement, thanks to which his project works in IE11 and on the modern version of Nokia 3310.

There is no need to offer a new package manager because both npm and Yarn are mature and stable enough. The purpose of the guide is to explain how a package manager works under the hood. You can read the code, and the comments will give an explanation of it works.

Cross-Origin Resource Sharing (CORS) is the way browsers decide how web applications can communicate with other services. Restricting this is important for security, but it is hard to understand how CORS works, which means sending HTTP requests to APIs may be difficult and confusing.

In order to ease developers’ work, a handy online tool/wizard was created. It establishes how your (potential) use case will (or won’t!) operate alongside CORS (Cross-Origin Resource Sharing).

Deno 1.0 - a New Runtime Fist Stable Version Is Out!

Recently, the creator of Node.js released the first stable version of the new runtime for JavaScript and TypeScript - Deno 1.0. In it, the creator tries to fix design errors made in Node.js. For instance:

A comprehensive overview of APIs and tools for finding bugs and problems, including handy methods description of using diagnostics in Node.js. The guide is separated into three different parts, where the topics are sorted by the age of diagnostic techniques - from the oldest to the newest.

by Mariia Polova,
Software Developer
Rate this blog post:
0
Want to talk to a real person?
You checked out our company blog! We’re impressed! Want to move forward? Discuss your project with somebody real, like Yurii, who is a go-to person for your project.